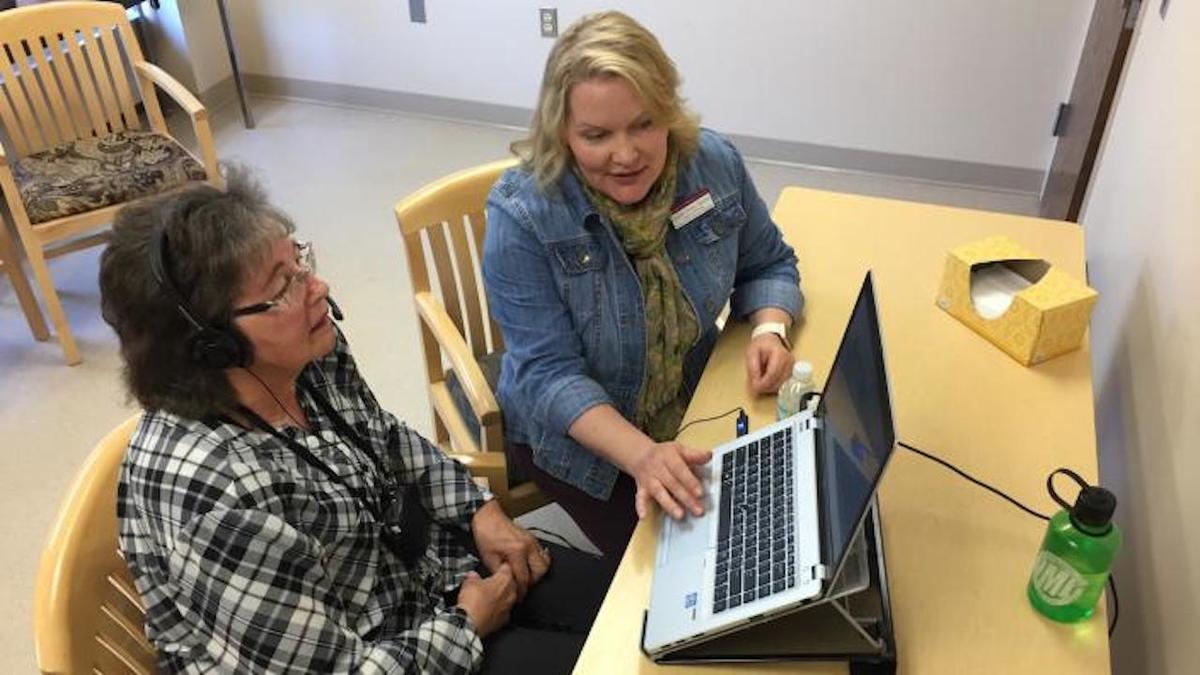 A new development helps people store their voices for future use.

Job shadowing is a great way to get a sense of what it's like to work in a specific career. For Claire Barnes, a junior in UMD's Communication Sciences and Disorders (CSD) program, job shadowing was the event that changed her career path. If she hadn't been required to interview someone for a career project her sophomore year of high school, Claire might not be on the track she is today. "My mom suggested that I shadow my aunt, a speech pathologist," Claire says.

"After that one sitting where we talked about what a speech therapist does, I knew the career was for me," she says. "It was exactly what I wanted to do." Claire came away with a passion for speech and language science that hasn't left her yet. "My friends will tell you, because I won't shut up about it," laughs Claire.

That passion brought Claire to voice banking, an innovation that allows patients to store their own voices for a time when they may no longer be able to be understood.

Claire is currently working on voice banking with Jolene Hyppa-Martin, a speech-language pathologist and UMD assistant professor in the Communication Sciences and Disorders program. Their project allows them to blend and synthesize a participant's real voice for later use on a talking computer called a speech-generating device. The technology is used mainly by ALS patients, who experience a rapid and irreversible loss of voice within the early stages of their disease.

Claire and Jolene are excited about a similar technology, message banking, which allows the participants to record full phrases in their real voices, ensuring the phrase is pronounced correctly and sounds like the user. 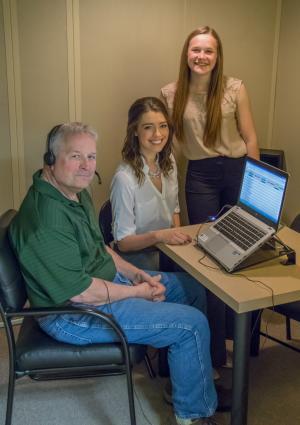 "Your voice is such a big part of your identity," says Jolene. "We want the computer's speech to sound as much like the person's natural voice as possible."

Message banking is typically used for phrases like "I love you," family names, places, and nicknames. Even prayers and special messages can be recorded.

Jan Rosin and Kelly Fleissner are individuals diagnosed with ALS who recently completed voice and message banking at UMD. Jan said she can't imagine how difficult ALS would be without this communication technology. Jan uses her banked voice on her iPad to communicate with her customers at farmer's markets where she sells her handmade goods.

Claire has taken on a voice banking research project that will help clinics and professionals across the country.

First, she is creating a checklist. "Since this is very new technology, there are a lot of little bumps in the road that hinder the process," Claire says. The checklist is based on UMD's experience with its voice bank clients. It includes tips on how to ensure voice banking is done correctly and efficiently.

The second part of Claire's role includes recording her own voice. The recordings will act as a template so researchers can hear and better understand the voice banking system as they work their way through Claire's checklist.

Now, recording must be done in soundproof booths, which are usually only found in hospitals and universities. Jaclyn Friese, also a junior in the CSD program, is conducting a research project with Jolene to determine how to improve voice banking outside of a soundproof booth. The two hope this innovation will enable home-based voice banking through a UMD outreach clinic. Voice banking is so new, it's not typically offered in other healthcare settings. Insurance usually does not cover it. On the positive side, voice banking at UMD is completely free, courtesy of the service work of Jolene, Claire, and Jaclyn, and support from ALS Association. There is only one other voice banking site in Minnesota, on the UM-Twin Cities campus.

Research opportunities like voice banking were a big part of what attracted Claire to UMD. UMD's Robert F. Pierce Speech-Language-Hearing Clinic, part of CSD, serves both the UMD and Duluth communities, as well as other parts of Minnesota, with patients traveling from Grand Rapids, St. Cloud, and the Twin Cities.

Not only was the clinic a big draw, so were the staff. "Every professor that I met was so nice. They're the type of people that you can tell just really care about their students. It has definitely been good for me," Claire says.

It seems as though Claire has been equally good for UMD. President of the CSD Club and academic chair for Phi Sigma Sigma, Claire has devoted much of her time to the Communication Sciences and Disorders program, expressing a fierce passion for her choice of study.

"I love it. There's nothing I'd rather be doing with my time."

Top image: Jan Rosin, who is losing her speech due to ALS, reviews her voice bank recordings with Dr. Jolene Hyppa-Martin.

About the Communication Sciences and Disorders program