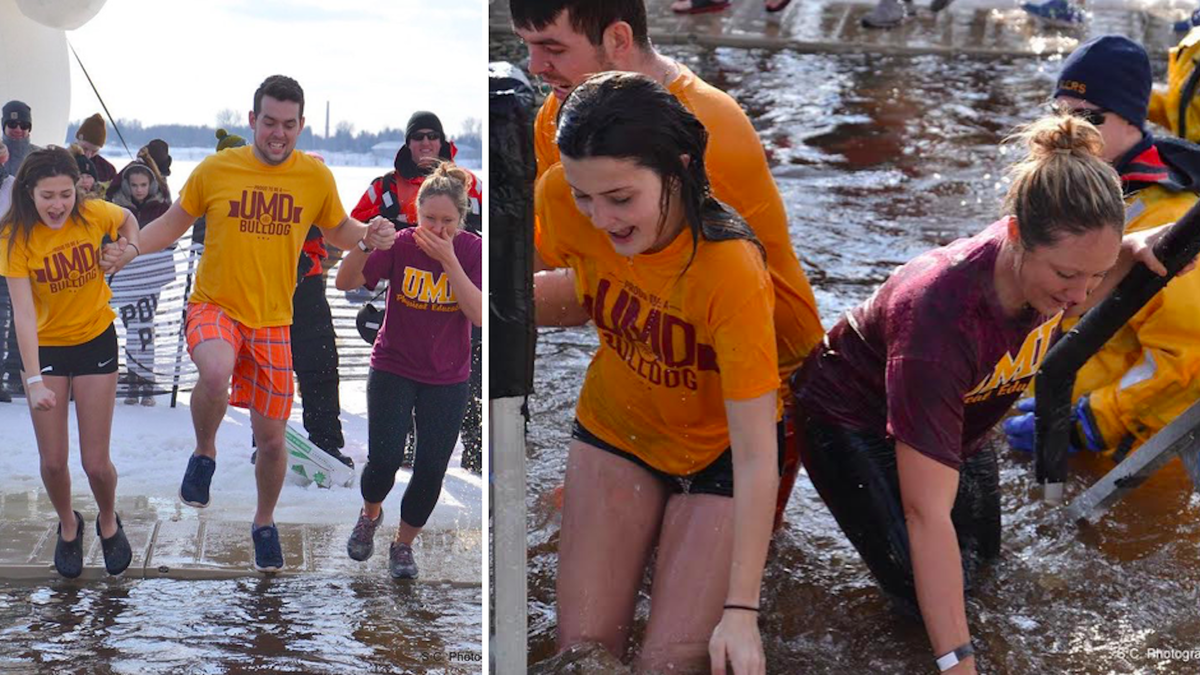 A student carries on her high school passion to create a club at UMD.

The summer heat radiates across the full baseball field. A player hits the ball with a bat attached to his wheelchair, hearing the sound “WHACK!” and he wheels to first base! The crowd shouts, cheering him on.  Courtney Webster’s first experience “doing respite care for two boys with disabilities” came in high school, she says. She started in the school year and by the time summer came around, Webster was working with an organization called Miracle in the Outfield in Eau Claire, Wisconsin. The group paired a helper, in this case, Webster, with a student who needed support playing baseball.

That summer was followed by more experiences where Webster found herself working with students with special needs. “[I fell] in love working with those who have disabilities,” she says.

What began in high school continued when Webster took an independent study class to become a mentor at UMD. Her passion grew and continued through to 2020–21, where she is now a senior psychology major and special education minor.

Webster is now the president of a new campus group, UMD Unified. It all started when she was searching for volunteer jobs in Duluth. She investigated Special Olympics and realized that other cities had a “club where college age kids come together, as unified,” she says. The groups were “inclusive and [allowed all kinds of students to] hang out together.” Her research also showed her that there was a Miracle in the Outfield group in Duluth. Lisa Paulson, an instructor in the Physical Education Teacher Education (PETE) program, is the group's advisor.

She wanted to get a club started that addressed these issues. She found the right people, and “it pretty much took off!” she says. The Duluth Special Olympics people helped her out a lot. This group is the world's largest sports organization for children and adults with intellectual disabilities and physical disabilities.

The Duluth Special Olympics holds an annual Polar Plunge, where people jump into the cold icy waters on the shore of Lake Superior at Park Point. All the proceeds from the event go to benefit Special Olympics Minnesota athletes.

In 2020, UMD Unified participated in the annual polar plunge and raised $648.  Another polar plunge is planned for March 27.

UMD Unified also held a tabling event featuring the sales of bright yellow t-shirts expressing the phrase “Words Matter.” This event asked people to sign a pledge to not use the “R-word.” Webster heard and saw the R-word on social media, "all too often," she says. Back in high school, one of her students was called the name, and they clearly understood. “It ended up with them going home, because they felt so bad,” says Webster. “That story kind of stuck with me so once I've shared that with my friends, I haven't heard anybody who's close to me say it.

UMD Unified had a slow start due to the COVID-19 pandemic. “We haven't been able to do many in-person events, in fact, the Polar Plunge [last year] was actually the only in-person event we ever got to do,” says Webster. Club members with and without disabilities on campus have been meeting via zoom and playing games such as Would You Rather? and other icebreaker games.

Webster’s hope for this club’s future is to gain more members, especially athletes. Having people come together around the mission of inclusion and acceptance for all, especially in sports, is important to her.

As spring 2021 semester comes to its end and Webster graduates, she has a wish. “Hopefully someone might take after me… and keep UMD Unified going” says Webster.

Banner photo (above): The UMD Unified group did the Polar Plunge in 2020 as a benefit for the Special Olympics, (l-r): Courtney Webster, Nate Siebenaler, and Lisa Paulson.

This story was written by UMD student Eva Moua, who is majoring in communication. Eva works with Cheryl Reitan in University Marketing and Public Relations.