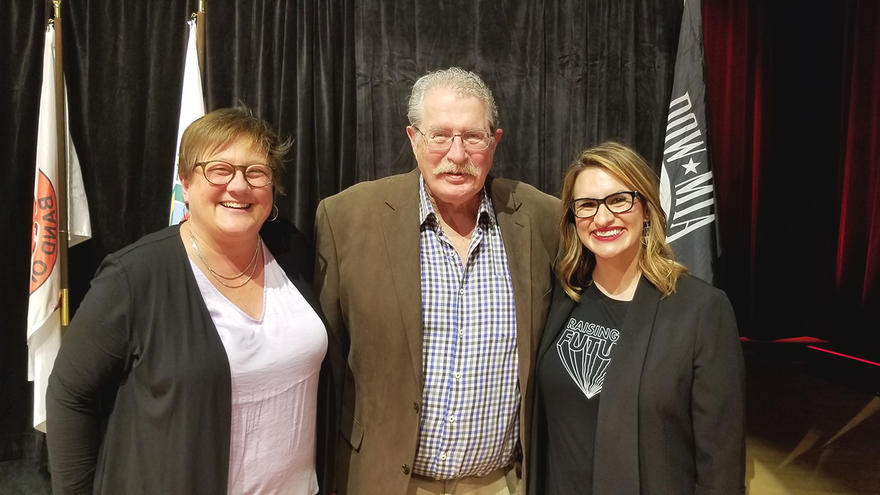 UMD Professor David Beaulieu was recognized at a national event this month for his career-long commitment to improving educational opportunities for American Indians.

“I believe that the best of our ideas in Indian education come by way of placing Indian students at the center of their own education."

An NIEA press release states that Beaulieu is being honored for his “lifetime of work, service, and dedication for Native education.” As part of this recognition of his work, NIEA also launched the Dr. David Beaulieu Legacy Scholarship.

During Beaulieu’s time at UMN, he received undergraduate and graduate degrees. While completing his graduate studies and research, he was part of a unique cohort of American Indian graduate students from across the country.

“The relationships formed in the Minnesota program as well as with the Harvard, Penn State, and Arizona State program students and the connections to the history that had established these programs formed the foundation of the future of Indian education at the time and the work I would do for the rest of my life,” says Beaulieu.

At UMD, Beaulieu says he is continuing to work on behalf of Ruth Myers’ legacy. The Ojibwe woman is known as the “grandmother of Indian education in Minnesota.” She was the first American Indian elected to a Minnesota school district board and was later appointed to the Minnesota State Board of Education.

Myers and others organized the first national conference on American Indian education in Minnesota in 1969. Beaulieu worked closely with Myers in the 1980s to implement important changes to American Indian education policy while he was Director of Indian Education with the Minnesota Department of Education. This included state legislation to equalize state funding to tribal schools.

One of Beaulieu’s proudest career accomplishments happened while serving as Minnesota’s Commissioner of Human Rights under Governor Arne Carlson in the 1990s. Through a series of complaints against school districts for failure to protect victims, he brought national attention to the issue of student-to-student sexual harassment.

“It not only resulted in successful outcomes for the specific cases but resulted in state legislation regarding a requirement for school districts to follow certain procedures that were adopted from the settlements,” says Beaulieu.

Beaulieu moved to Washington, DC in 1997 to direct the U.S. Department of Education’s Office of Indian Education. He later served on the NIEA board of directors and as its board president.

The Dr. David Beaulieu Legacy Scholarship is earmarked for Native college students in the final two years of undergraduate degrees in education, policy, political science, or public administration. It’s a fitting tribute to a man who devoted his career to making change in these areas.

“I believe that the best of our ideas in Indian education come by way of placing Indian students at the center of their own education,” says Beaulieu. “Education self-determination and control and the reform of curricular and instructional programs for Indian students can be summarized by this central idea.”

The Shakopee Mdewakanton Sioux Community made a lead gift of $10,000 to establish the scholarship fund. Donations are still being accepted, with an initial scholarship fundraising goal of $50,000.

Beaulieu says he was pleased to have the honor of introducing Lt. Governor Flanagan at the event and points to the significance of having these Native women in leadership roles. “That fact that significant numbers of Indian people are now in state offices and congress and venues like that is at least one indication of the success of Indian education efforts over the past 50 years.”