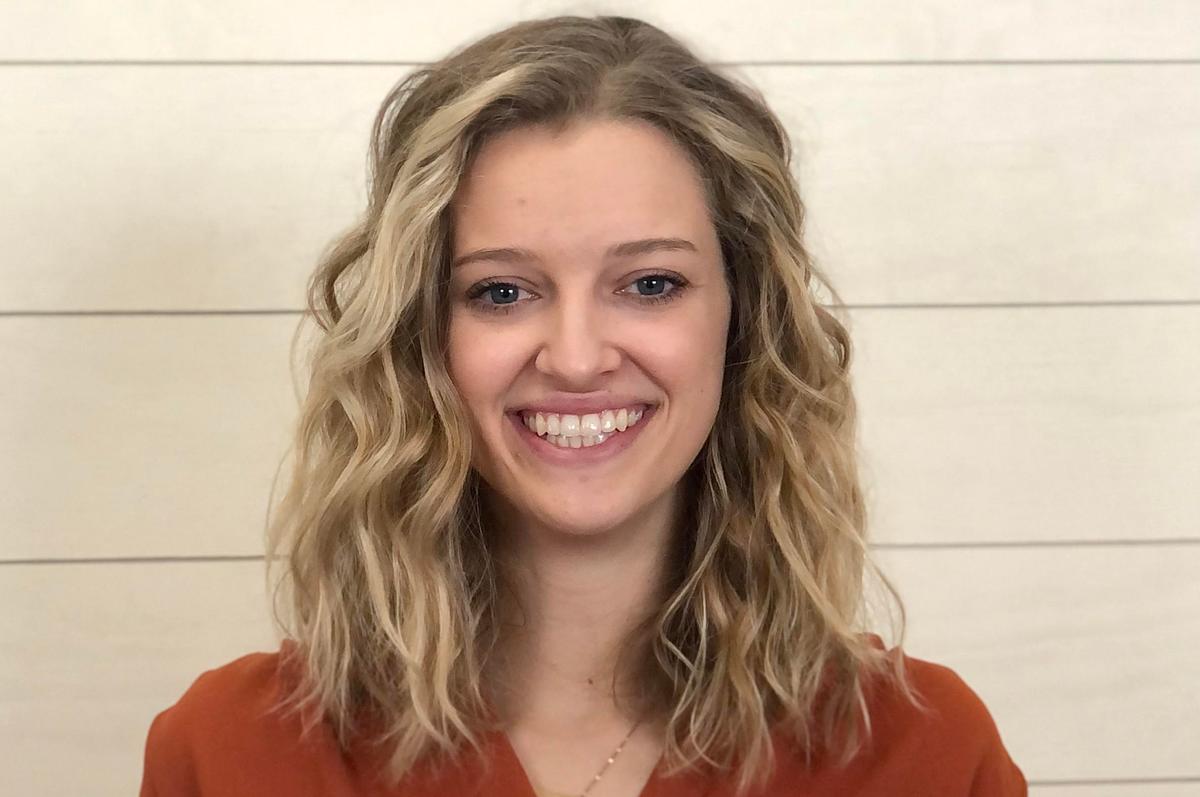 A UMD graduate student wants to improve communication etiquette and cultivate an environment of acceptance for those who stutter.

This passion inspired Beilmeier to pursue research on eye contact with individuals who stutter. She is using innovative technology to explore how interpersonal communication is affected by stuttering. Using a special pair of glasses that track eye movements, Beilmeier discovered that people tend to make less eye contact with someone who stutters than someone who doesn’t.

Beilmeier is in her second year of a graduate program in the Department of Communication Sciences and Disorders. She also completed her undergraduate degree at UMD.

The experiment she conducted is fairly straightforward: eight UMD students were tasked with having a conversation with someone who stuttered and someone who did not. During these conversations, the students were wearing Tobii Pro Glasses-2, which monitor eye movement to track where someone is looking in real-time.

“The point of this project was to determine if participants would use the same amount of eye contact when talking to someone who stutters, as they do when talking to someone who does not,” says Beilmeier. The study used short clips of each conversation to determine if students would maintain eye contact with both individuals who stutter and individuals who do not.

Bielmeier hypothesized that students would not maintain eye contact with the person who stuttered for fear of making them uncomfortable. “That’s not the appropriate thing to do. We should give eye contact as we typically would regardless of the stutter,” Bielmeier notes.

Since concluding her study, Bielmeier is now working on a survey for college students to learn more about how they communicate with someone who stutters. “The goal of these two projects is to raise awareness that people who stutter aren't receiving the communication etiquette they deserve,” says Bielmeier. She hopes to use her research to help educate and train others in communicating with those who stutter.

“Stuttering is often accompanied by anxiety, humiliation, and the fear of judgment by others,” remarks Bielmeier, “This study could be a link to some of the reasons why people who stutter feel this way.” She adds, “The overall reason for this project is to show everyday people that they can make simple changes to their own actions to create an environment where others feel accepted!”

The UMD Department of Communication Sciences and Disorders (CSD) strives to provide students with a comprehensive education that combines theoretical knowledge with clinical application and research. The department also educates community members about communication disorders and differences and provides free speech-language pathology and audiology services to people who otherwise may not have access through its Robert F. Pierce Speech-Language-Hearing Clinic. In exchange for these services, clients provide valuable experience to future speech-language pathologists and audiologists, which benefits clients, students, and the Duluth community.