Leech Lake has partnered with UMD in a NCWWI grant to support and develop the child welfare workforce. As a part of the grant, traineeships will be offered through UMD, which will provide further support and development with the goals of improving outcomes for American Indian families and improving workforce retention. Eligible students may apply to the NCWWI program upon acceptance to the social work program. Selection criteria will require demonstrated leadership qualities and human service -- preferably child welfare -- experience, knowledge of and familiarity with American Indian child welfare practice, and a commitment to work in a tribal or public agency, preferably one in which at least 50% of the caseload consists of American Indian children, for the equivalent number of months they receive traineeship funds. 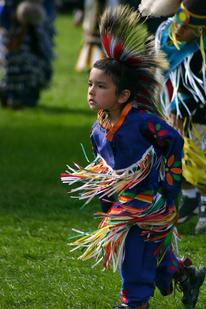 Since 2003 the Center for Regional and Tribal Child Welfare Studies remains committed to providing culturally specific resources for raising healthy American Indian children in Northern Minnesota. The initiative is informed by work with Tribal elders to identify key developmental assets necessary for raising healthy Anishinaabeg children. Each training resource is tailored for the cultural environment of individual communities while the curriculum's broader content is drawn from focus group input and interviews with participants from the Bois Forte, White Earth, and Leech Lake Bands of Ojibwe, and the Red Lake Nation. Their wisdom informs the work of the Center for Regional and Tribal Child Welfare to provide several subsequent unique resources for Tribal and county child welfare agencies. These include Using the Seven Teaching to Raise Healthy Anishinaabe Children(Leech Lake), Raising Healthy American in Children in Grand Portage, and Raising Health American Indian Children in Duluth.