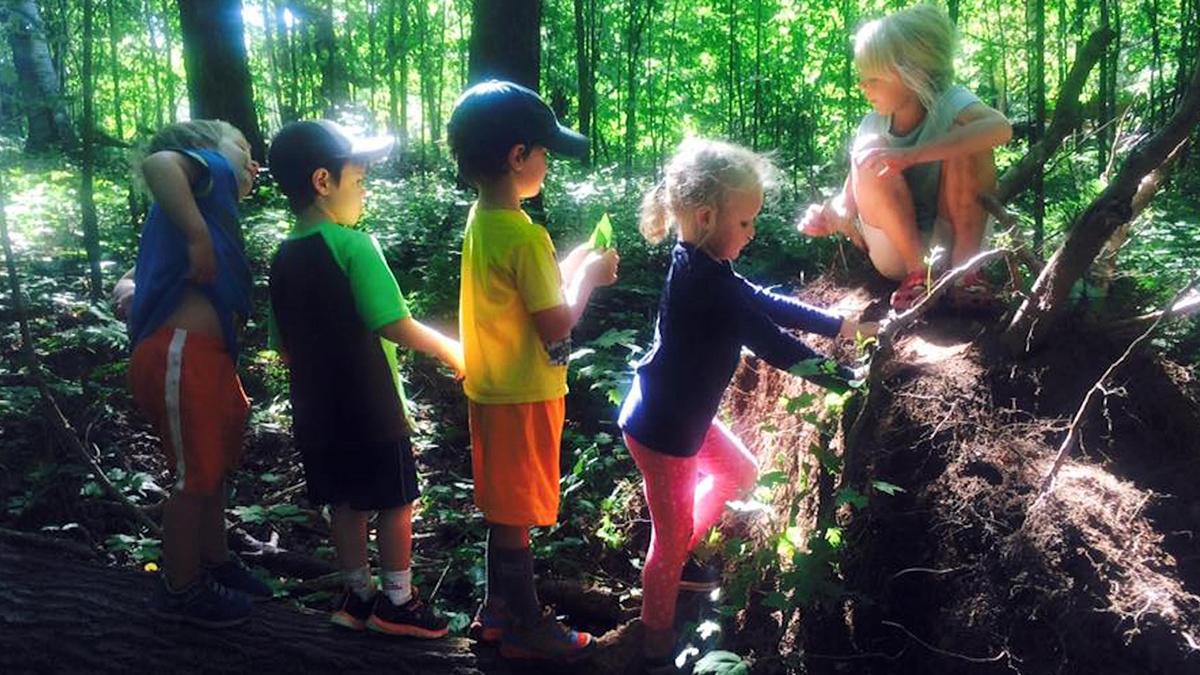 The children laugh and run far through the trees. It is fall in Duluth, Minnesota, and the trees have shed their leaves. The teacher can easily see into the forest. One child takes off his mittens and puts them in his pockets. Many zip open their coats. A few children lay on large black boulders, arms and legs spread out.

They've learned that if they are cold, they can get warmth from the sun-baked rock. The class consists of children ranging from three to five years old, and they are on a two-mile hike through the woods. This is one of Duluth's "forest schools" or "nature preschools" and it's routine for children to spend a significant amount of time in nature. 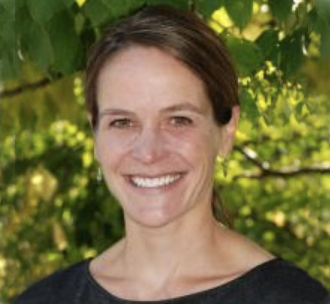 Julie Ernst, a professor in the Department of Applied Human Sciences at UMD, has joined the teacher and children for the morning. The entire time they were on the walk, "I didn't hear a single child whine or asked to be carried," she recalls. "They didn't complain. They were just so responsible and so capable [of taking care of themselves]."

The Nature of Children

Ernst has been studying the role that nature plays in early education for several years, and she is still excited by the results. Ernst's studies have shown that spending time in nature increases children's abilities in the areas of curiosity, creative thinking, and resilience. They also score high in executive function skills.

Her research project, "Young Children's Contributions to Sustainability: The Influence of Nature Play on Curiosity, Executive Function Skills, Creative Thinking, and Resilience," was recently published in the journal, Sustainability, in a special edition, "Environmental Education for Sustainability." Ernst had assistance from Firdevs Burcak, a doctoral student from Istanbul University in Istanbul, Turkey.

Measuring the Abilities of Preschool Children

Their research collects empirical evidence to study the influence of extended periods of unstructured nature play on young children. "In each of the studies, published instruments were used that have been validated to collect data in young children," Ernst says. 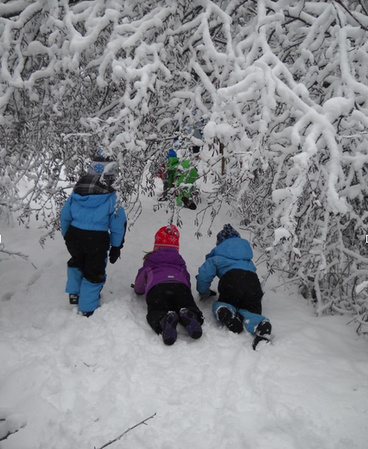 For example, here's one of the tests they used for creative thinking: The researcher works with one child at a time and sets a time limit. Two lines are marked outside on the ground. The child is told, "Show the different ways you can move to get from one line to the next."

The responses were varied. "Some children could only think of ideas such as running or walking," Ernst says. "Other children would skip or twirl." And then some would start doing combinations of movements. They'd add rolling and leaping. "Some would start moving like ninjas, then moving like snails." Some students continued to have ideas long after the time stopped. "It was really apparent when there was a high level of creativity," she said.

The results suggested higher levels of curiosity, creative thinking, and resilience in nature-based preschool participants than what was observed in the non-nature preschool participants. In the executive function skills area, both sets were similar and exceeded national norms. These results are encouraging. Not only are these relevant developmental outcomes, they are relevant to a more sustainable future. 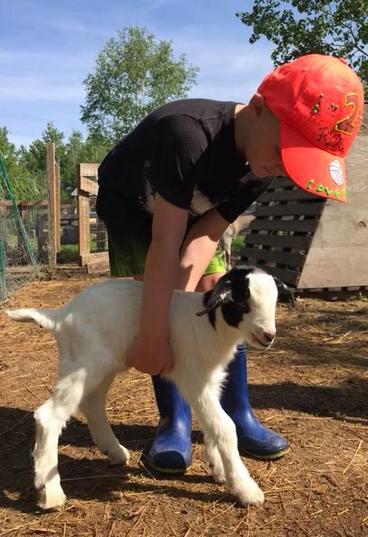 Ernst summarizes the significance of these findings: "As children grow in their problem-solving skills and creative thinking abilities, as they grow in curiosity and persistence, and as they have opportunities to develop the social and emotional strengths that can be relied upon in adversity, they are being strengthened at the core. Through nature play, they are developing a solid foundation from which in due time can be drawn upon for participating in visioning and creating a healthy, just, and sustainable future."

Each year, Ernst and her graduate students in the Master of Environmental Education program study a different area of development. In 2018-19, it was play behaviors and dispositions toward learning, with results suggesting a positive influence of nature play on both of these areas. Her current study focuses on physical activity and motor development.

In the coming school year, Ernst is going to take another path in her nature preschool research, “I plan to focus on empathy, because again, that's another construct that would be valuable in so many different contexts.  The ability to feel, care, and act with compassion — that helps us get along and thrive as a society, and it also is surfacing as an important in the context of conservation behavior.  It’s greatly needed and very relevant today.”

“There is a local nature preschool that has these words above the door,” Ernst says. “Brave, kind, hardy, and free.” She says she wants that for all children; it's what she wants her own daughters to be.

“Certainly there's a place for early academics,” Ernst says. “We want children to love to read... but it's more than that. We don’t always hear joy In our young children and that is so troubling, and sad actually.”

Experiencing joy helps children learn. Neuroscience shows that when students are engaged in active, joyful, and meaningful experiences and feel minimal stress, children are better able to attend to, interpret, and learn from experiences.  Because these describe what learning looks like in nature preschools, Ernst is not surprised by the findings from her research.

Ernst recalls that fall day in the woods. “I was so impressed and moved by the joyful sounds of the children playing.”  She wishes that experience for all children. “We don't want kids to just get by, or make it through school, we want them to thrive and to flourish.”

About the Department of Applied Human Sciences

About the Master of Environmental Education program

This story was written by UMD student Izabel Johnson, who is majoring in journalism and minoring in communication. Izabel works with Cheryl Reitan in University Marketing and Public Relations.