John Hatten: 70 Years as a Bulldog 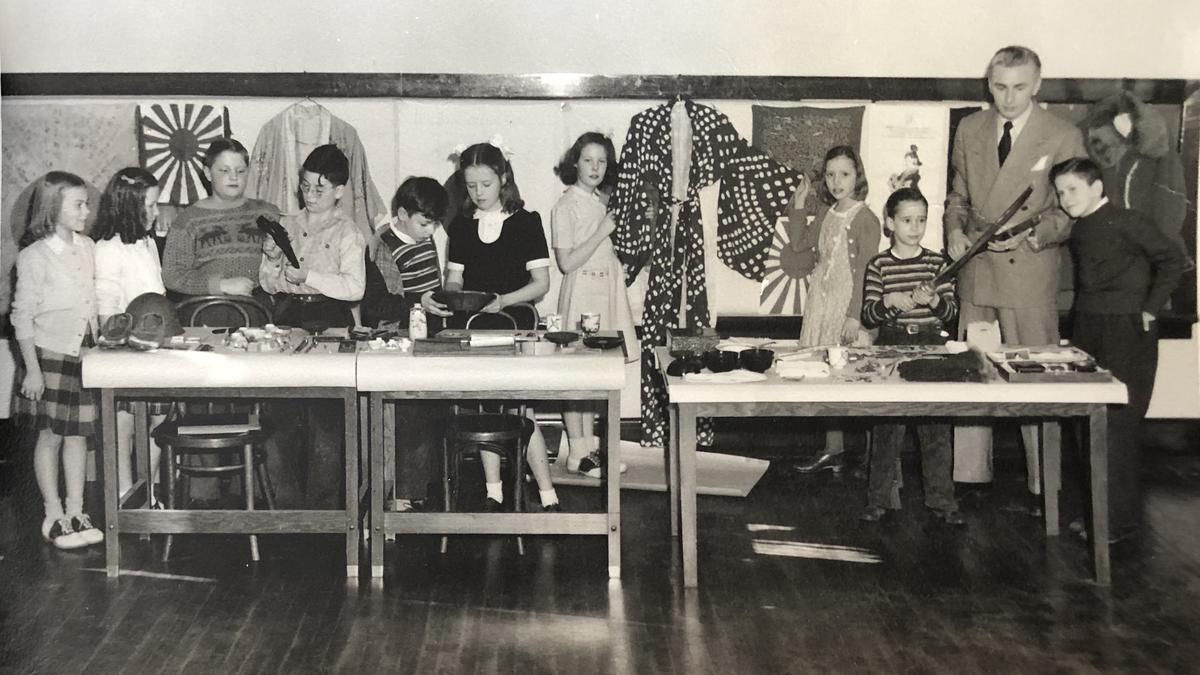 As a boy, John Hatten attended the Laboratory School, a small elementary school operated by the Duluth State Teachers College (DSTC). He remembers coming to his fourth-grade classroom in 1947 and finding it filled with items he had never seen before. The items came from Robert James Vessel, Hatten's student teacher, who had served in the U.S. Marine Corp in WWII.

"He brought all sorts of things," such as tea sets, eating utensils, and clothing, says Hatten.

Vessel spent time with the students, explaining about each of the "artifacts from Japan." There were woven scrolls, kimonos, and wooden boxes. Vessel told the students how customs and culture differ around the world.

Hatten described Mr. Vessel as being kind. Years later, when Vessel was honored for his generosity to UMD, Hatten and Vessel corresponded by mail. In fact, Hatten sent a copy of the photograph of the classroom (above) to Vessel.

Many of the Lab School students stayed in touch. Some were in the same class at East High School and some met up again in college at UMD. Hatten can name some of the students in the photo, but not all. He is the "shortest student in the class," third from the right.

"The fourth student from the left in the photo is Chauncey Wales Riggs," says Hatten. "He taught me to play tennis when I was a little kid and later we went to East High School together."

"The third guy from the left is Dick Fox and Nancy Peterson (next to Hatten) was in my class and she was very athletically skilled." Nancy's father, Lloyd William Peterson, was the football coach and later served as the UMD basketball coach, wrestling coach, and athletic director.

The girl standing to the left of the dark patterned kimono is Wynetka Ann King. "Her father [John E. King] became provost of the university." King was a teacher at DSTC and he became UMD provost from 1950-53. 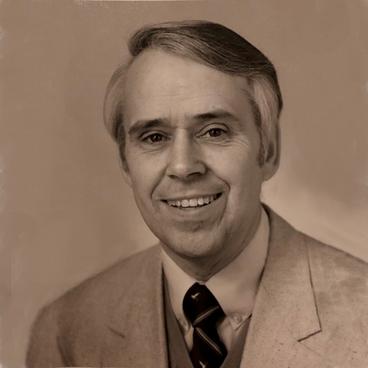 Hatten adored his older brother, Bob, and the two of them had many adventures. “One night, Bob and I took a rake and pulled down the fire escape,” Hatten says. It was a metal ladder on the side of the Laboratory School. “We climbed as high as we could.” But when their mother came looking for them, she saw them on the top of the building. They got in trouble, and Hatten told his mother he would never do it again. “And I never did.”

Going to school was an adventure. "There was a great big Saint Bernard named Marlow, who came to school with one of the older students,” says Hatten. “He was loved by the whole school. At the first recess, whenever you got out, the first thing you had to do was hug Marlow.”

It seems like an idyllic setting. “There were owls around,” says Hatten, “Lot’s of owls, and there was a river [Oregon Creek] that went under and around Old Main and that was a playing spot.”

Hatten has a story about the “UMD Upper Campus” before it was operational. He tells about stealing lumber from the Science Building construction site with another young boy. They took the lumber a few blocks down the hill into a woods in order to build a fort. Later that night they slipped out of bed and met each other on the street. Full of remorse, and possibly daunted by the prospect of sawing and nailing the heavy boards, they took them all back.

The list of prominent DSTC faculty Hatten saw in the halls is lengthy. After he attended Duluth East High School, he attended UMD and saw many familiar (and renowned) faces on campus.

Hatten received a B.S. from UMD in 1959, an M.A. from Purdue University in 1961 and his Ph.D. in 1965 from the University of Wisconsin Madison. Prior to the start of his teaching career at UMD, he was a public school speech-language pathologist at Downers Grove Public Schools, and an assistant professor of speech pathology at Northern Michigan University.  As a faculty member at UMD beginning in 1967, the courses he taught included phonetics, communication disorders, and language disorders.

His career brought him classes, students, publications and presentations. He took on the role as associate dean of the graduate school and through it all touched many lives.

While he and his wife Pequetti divide their time between Edina, Minnesota, California, and Arizona, he has never forgotten the experiences he had in Duluth and he keeps UMD in his thoughts.

About the Department of Communication Sciences and Disorders